Getting married comes with a lot of changes and decisions. One of the most common and widely accepted is the name change. In our modern era, it's becoming more common to combine names or simply keep your own last name but the history and "normalcy" of taking your partner's name is still prevalent.

The concept of a woman taking the husband's last name comes from a deep patriarchal belief of possession and property. Women had no independent identity in the world from birth. When born, girls are given their father's name. After marriage, it is the expectation to take their husband's. In the 1970's Tennessee tried to pass a law that required women to take their husband's last name before being allow to register to vote. Thankfully, that never passed. The societal push for this sexist act is still embedded in our everyday lives.

I don't think that there is anything inherently wrong with taking your partner's name. But I urge you to ask yourself why. Why do you want to? And why does your partner insist on it?

Why We Decided To Change Our Last Name

My husband and I don't like to take anything in life at face value. We always dig deeper and ask the hard questions because we're never satisfied with "just because". When the discussion of the name change came up we wanted to be aware of all of our options. Our marriage was a full commitment to one another, a dedication to our new family unit, and another extension of our beliefs.

The idea that one person with one name, and another person with another name, come together to jointly create a new one ... symbolically, it can be very powerful”

Brian Powell, a professor of family and gender at Indiana University-Bloomington

It didn't make any sense to either of us to have me merge myself with his life. That act in itself is not equal. It is not appropriately shared amongst parties in the relationship.

How We Picked Our New Last Name

Combining our last names didn't really seem like a viable option to us, either. Showalter and Morrison never really made a pretty combo. We started our name change hunt as any other journey in the 21st century begins: with Google.

It turns out finding a new last name is really difficult. Wanting to find a name that sounds like a Last Name (I couldn't define that sound for you but it exists) was harder than we expected. Everything I was coming up with was laced with a long history of big meanings and a reputation I would feel obligated to uphold. It's kind of like naming your kid God or Morgan Freeman; the reputation would squash them before they could ever grow.

We were first started dating, almost 9 years ago, I always had his contact in my phone as "Therin Alrik ?". I loved his middle name and the heart will always be homage to my goth little teenage years. Eventually we realized that we both really liked the sound of Alrik as a last name and enjoyed that it still carried in some sort of familial history. As a gesture to his parents, we asked them to choose a new middle name for him.

And so we became the Alrik's. A new family, a new union, a new dedication to another human being with a wholly equal existence from the start.

How We Changed Our Last Name

Legally, the process, while it is a bit annoying, is not all that difficult in the long run. We filed as a family unit after we were legally married. That means our marriage license still has both our former last names. In the state of Nevada, you have to fill out the paperwork, pay the fee, and then post your notice publicly in the newspaper for at least two weeks to make sure there were no objections. After that, a judge rules on whether or not you can do it, and then voila: time for more paperwork.

As it happened, we had just moved to Nevada so we needed new ID's anyway. We accomplished all this in one fell swoop and because we were still high off marital bliss it really wasn't too bad. Other states can make this process more difficult or expensive.

Did you know that if a man wanted to take his wife's last name he would have to file a legal name change, separate from the marriage license? As a woman, it's incredibly easy to take the husbands name. All you do is submit the marriage license and that is considered enough proof, enough legal standing to change all of the other records. It's unquestionably sexist.

Our Family's Reactions To The Name Change

As tempting as it may seem sometimes to go through life without worrying about other people's reactions, it just isn't realistic. When we changed our name we had no intention of upsetting anyone. In fact, the people who might assume would have the most "right" to be upset didn't care at all. It was the other people who metaphorically blew a gasket that we weren't expecting.

My parents didn't really care. They are used to me digging deeper and asking questions. Of course, it's impossible to tell if their reactions would be different had I been their son instead of a daughter. From birth, daughters are expected to change their names. Parents have years to prepare for it.

Some of the things we heard from other family members are:

"You'll be hearing from my attorney and I'll make sure nobody on my side of the family ever talks to you again."

"Is it because you hate us?"

"You're killing off your former self and being reborn as an infant."

"You're divorcing your family."

And the one we heard to most often was:

"I just don't understand it."

This phrase is lacking. It lacks any self-reflection or any attempt at understanding. What is there to understand? This is what still bothers Therin the most. The idea that people couldn't wrap their head around going from man being greater than woman to man being equal to woman. That's it, that's the only change.

Changing your last name isn't for everyone. I completely understand that and would also hope that those closest to me would understand why it was right for us. You have so many more options out there now than just "tradition".

Black Salt Photography is an elopement photographer and intimate wedding photographer based in Portland, Oregon. Photographing in the surrounding PNW areas and traveling often for destination love stories. Specializing in intimate candids and editorial portraits to craft a one-of-a-kind wedding day for every couple. Her moody photography style plays with natural light and shadow, laced with raw emotional moments, to create an authentic narrative experience. She photographs you as you so you'll love your photos authentically. 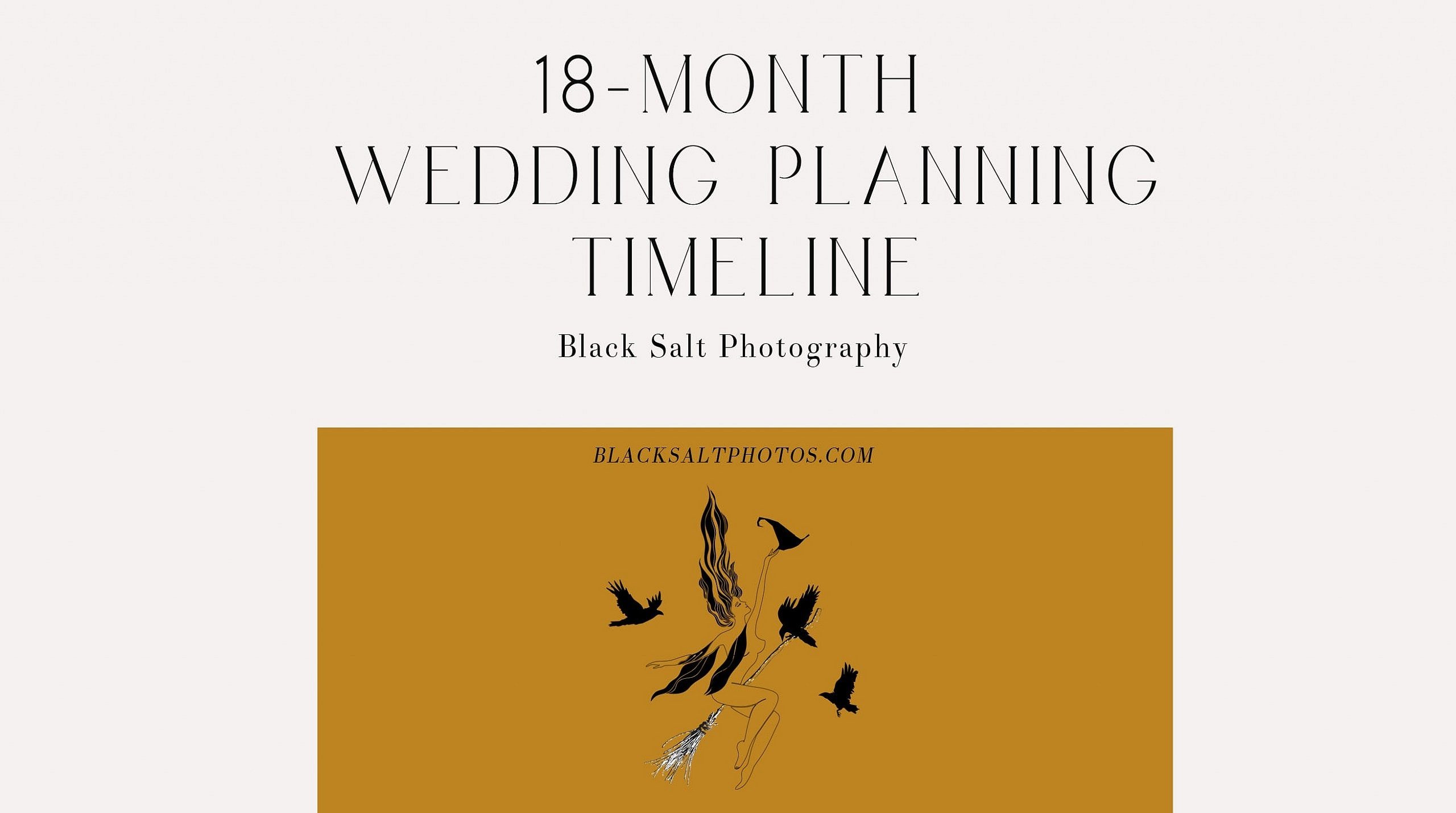 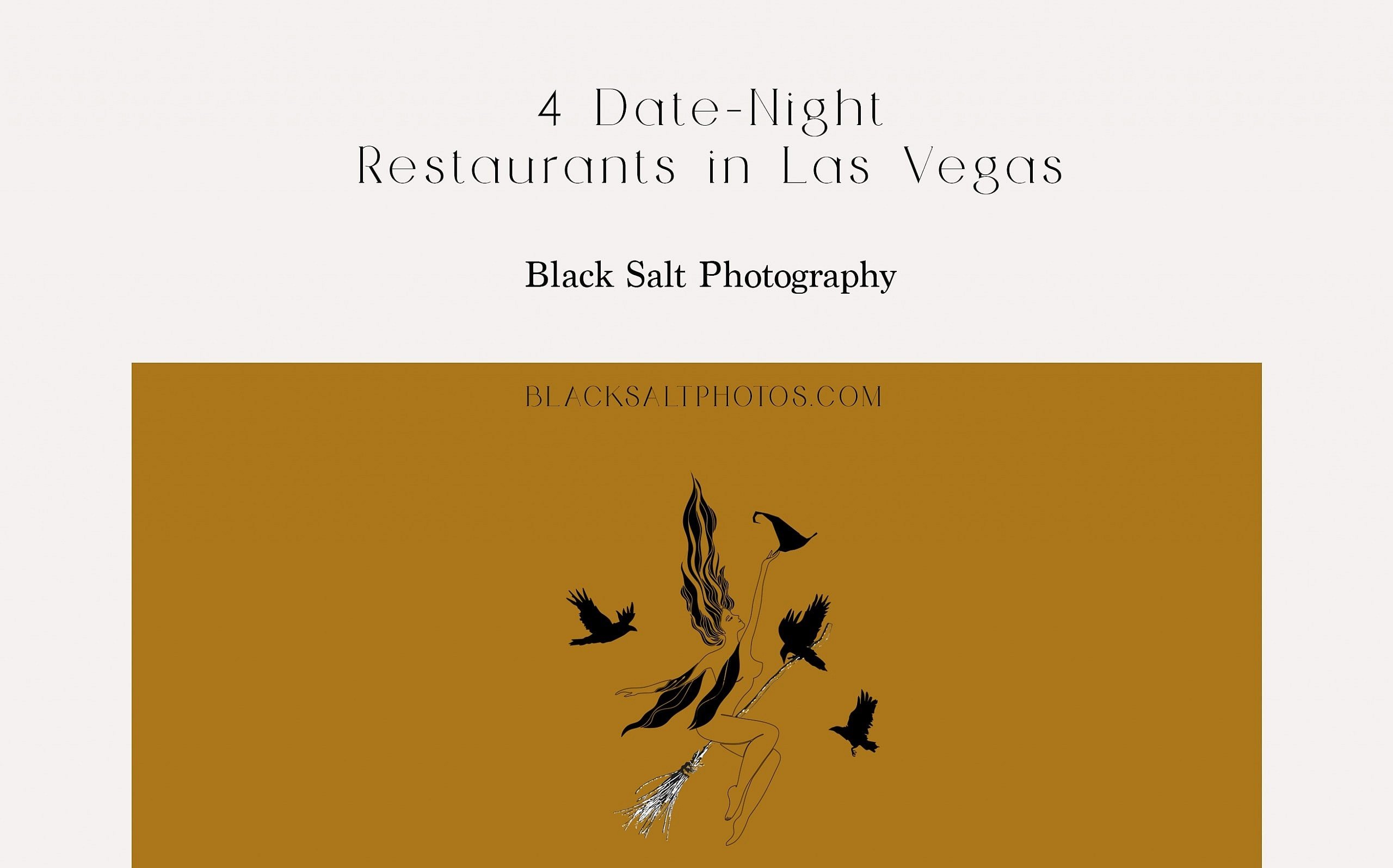 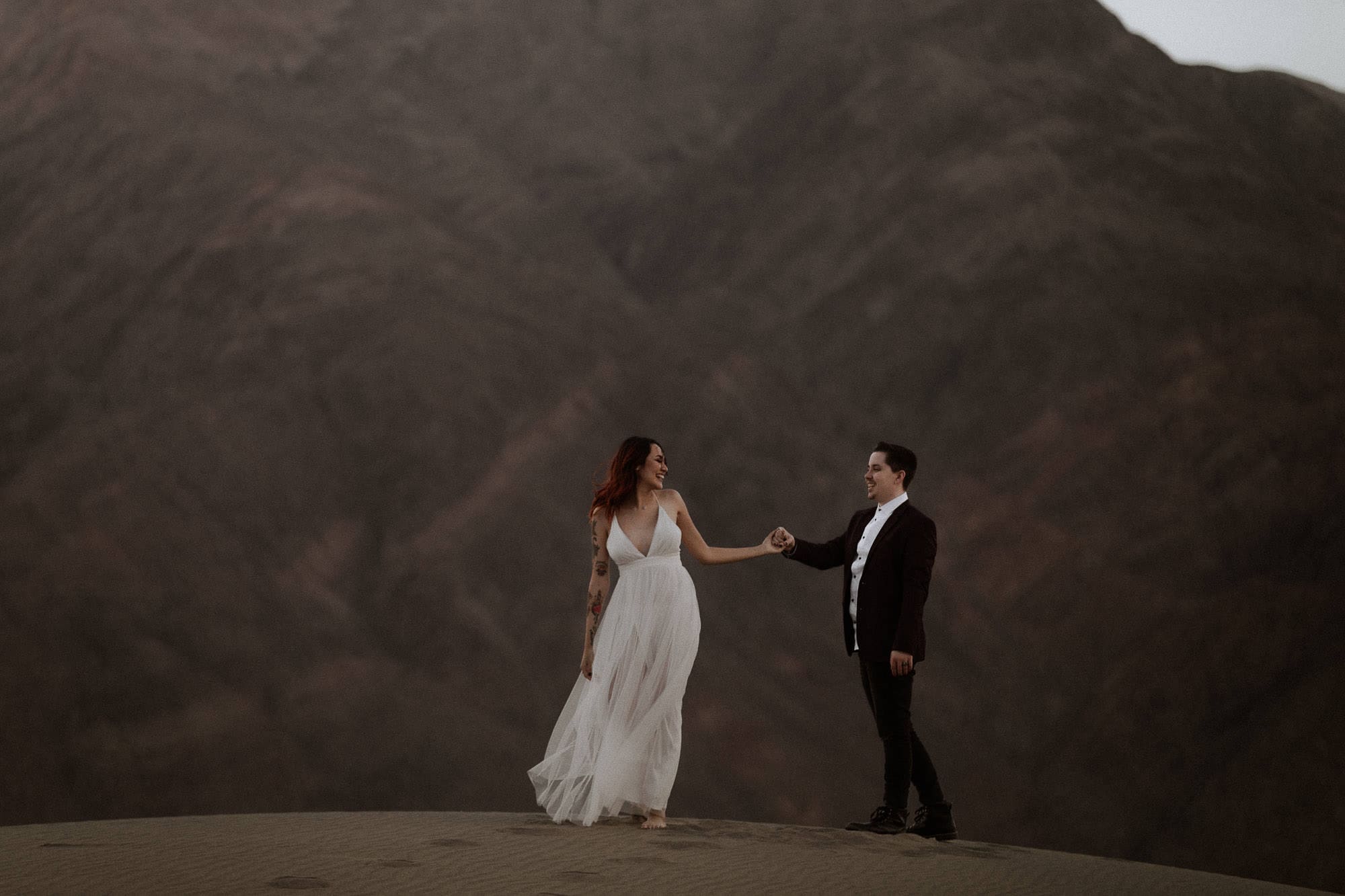 "Destiny definitely stood out amongst other photographers because we absolutely loved how involved she was from the very beginning. She really wants to get to know you- which makes for really intimate photos! She asks tons of questions, which is awesome because you feel like you know her before even meeting her! And once you finally do, she is so so sweet!!! Destiny is so great at communicating and being really involved in every detail! She captured every emotion and detail perfectly, whenever I look at our wedding pictures, it brings back every feeling on our special day. TEARS!" 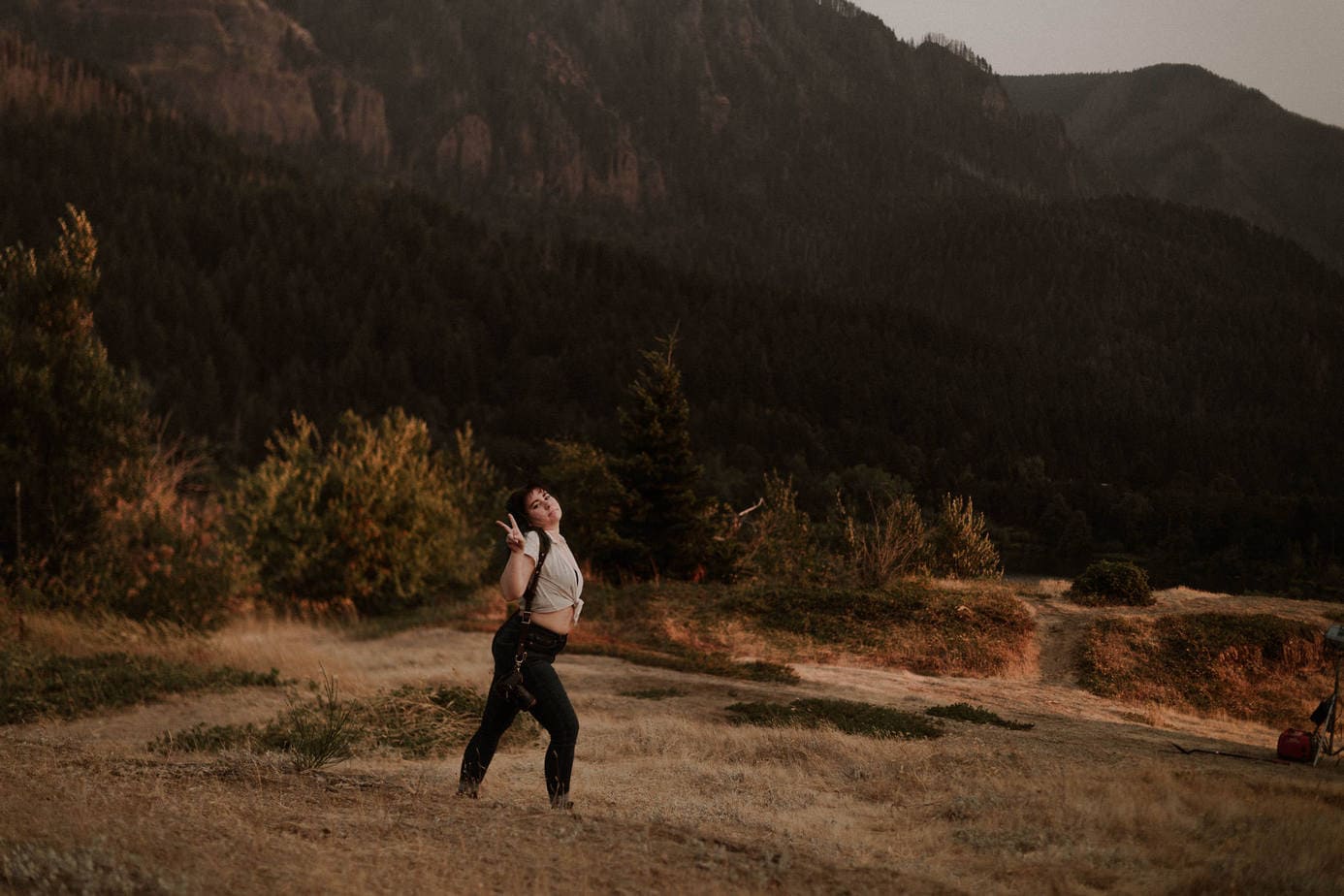 Planning your elopement doesn't have to be as overwhelming as it seems at first!

-embrace the intimacy of your wedding day

-enjoy an adventure together

-have a meaningful ceremony

-remove all the extra stress

Then I'm here to help!

BOOK ME FOR YOUR ELOPEMENT

MY CLIENTS SAY IT BEST

If you're thinking you want to elope,

& you're ready to get photos you'll love with a passion,

THEN LET'S FREAKING DO THIS!

I will lovingly guide you through #allthethings and make sure you're never feeling lost, have FOMO, or get surprised (in a bad way, good surprises are still on the table).

Book me for your PNW elopement